The football matches between Rangers F.C. and Celtic F.C., known as Old Firm, are the most popular derbies in the world with Rangers having the most victories in their history. One of them is depicted in this painting , where we see Rangers players cheering in the foreground.

In the center we distinguish Dan Brian Laudrup who wore a Rangers trophy from 1994 – 1998. He said that these four years were the best of his career. To his right, with a bandage on his head, we see Terry Butcher. The English player was injured during a 1989 World Cup qualifyer match between England and Sweden. Next to him we see Scottish Ally McCoist and behind him Graeme Souness. On the left we see Ian Durrant. In the background, in the crowded stadium, the flags of Scotland, the Union and England are waving.

The painting is pulsing with life as the passion of the players is clear on their face and body. Finally, it is characterized by a vibrant color selection thus emphasizing the dynamism and movement that is present at every point. 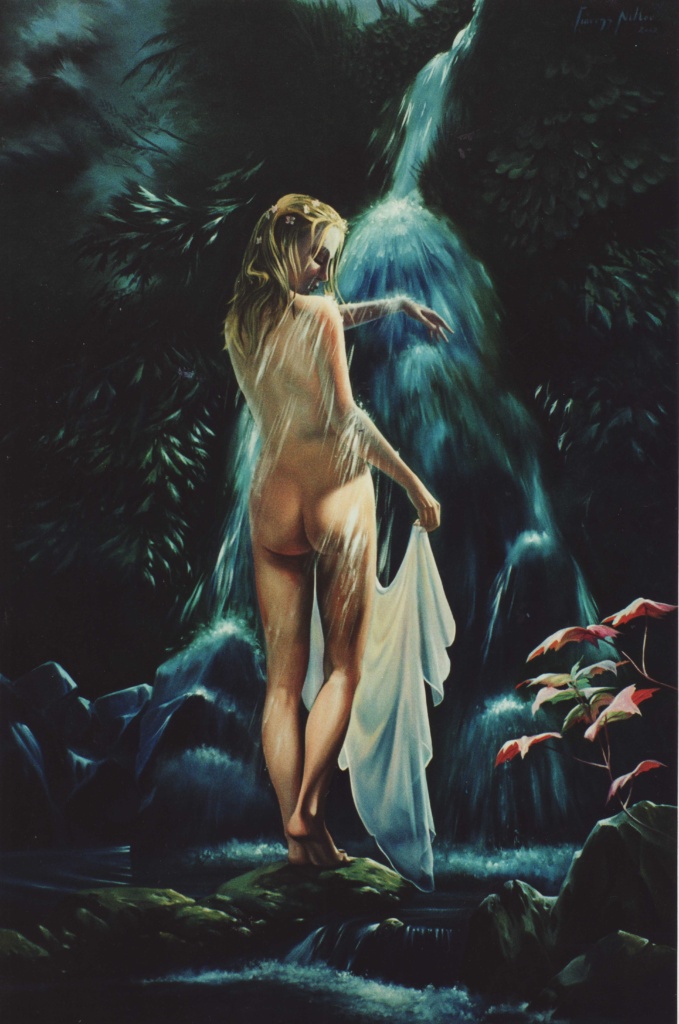 Julia under the waterfalls 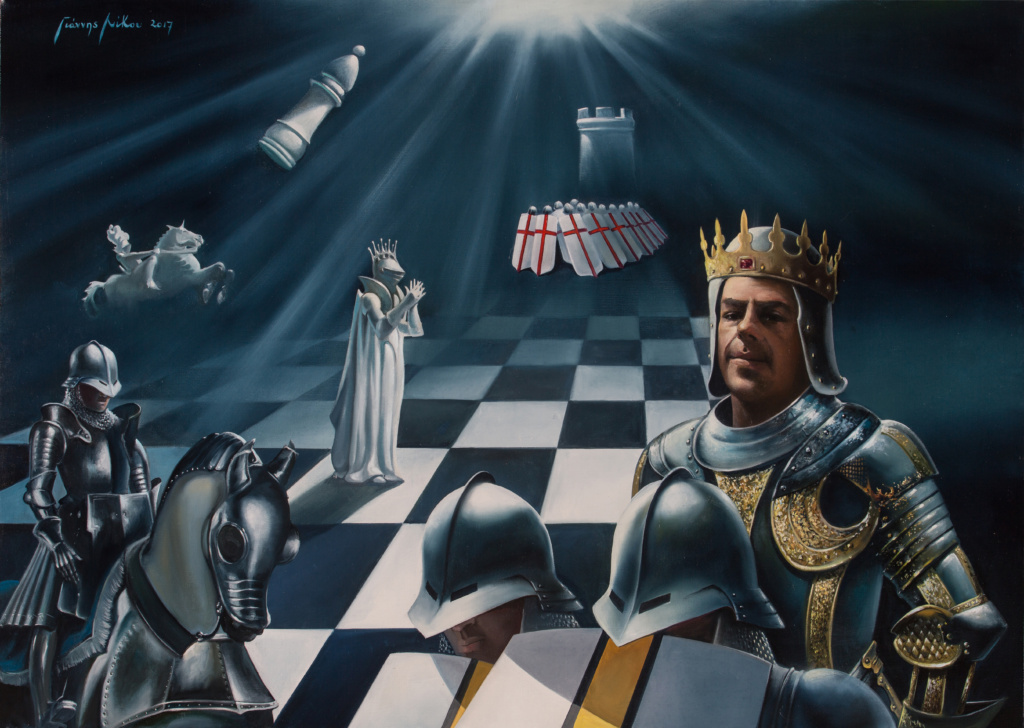