Macedonian struggle: 14-11-1906, the Macedonian freedom fighter Tellos Agras is injured at the Lake of Giannitsa –
homage to Penelope Delta

The Macedonian struggle acted as a source of inspiration and object of study for a great Greek woman and exceptional litterateur, Pinelopi Delta. Her novel titled “The Secrets of the Swamp” deals with this issue and one of its most intense moments is the injury of the Macedonian freedom fighter and hero Tellos Agras who is depicted in this painting. The second lieutenant from Nafplion (Greece), Tellos Agras, leader of the rebel force at the Lake of Giannitsa (Greece), was injured on 14th of November 1906 in his attack against Bulgarians. 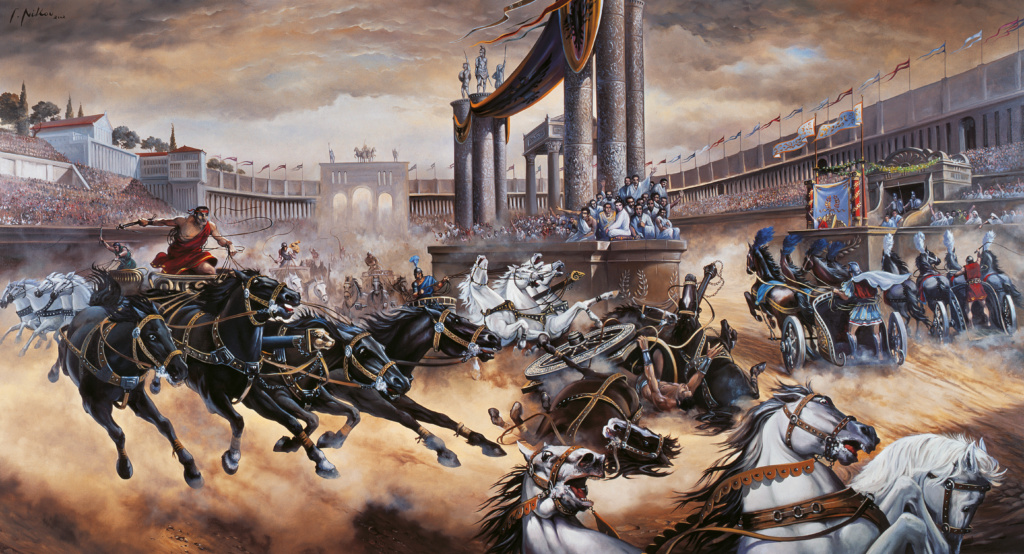 Nikitaras (Nikitas Stamatelopoulos) in the Battle of Dervenakia.
Hellenic Revolution of 1821 against Turks. 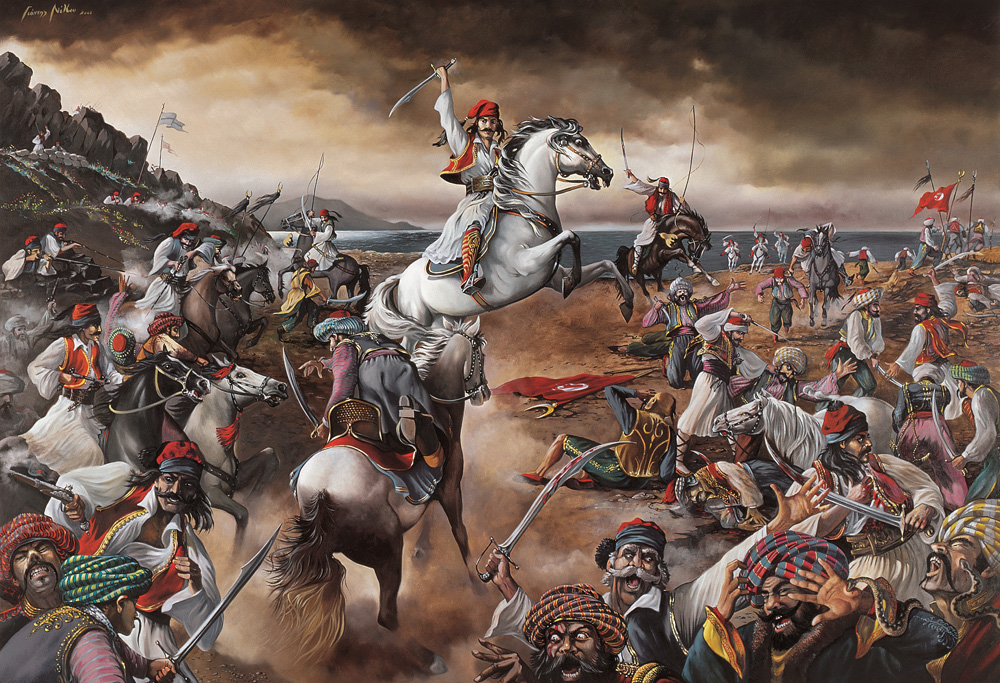